Fiore Cares, Inc. provides assistance to Colorado construction families who experience significant hardship due to death, disability, health events, job loss and/or other unforeseen circumstances. Fiore Cares, Inc. has helped a variety of individuals and their families including employee families who have lost a loved one, a sole wage earner who faced permanent disability, and many others in great financial need. We encourage those in need to reach out for support.

What is Fiore Cares, Inc?

Fiore Cares, Inc. was incorporated in 2016 to provide monetary assistance to Fiore & Sons, Inc. employees, employees’ families, and/or members of the greater construction community. Fiore Cares, Inc. works to offer comfort and aid to families through toy, food and/or clothing drives for those in need and who are experiencing life’s hardships and adversities. 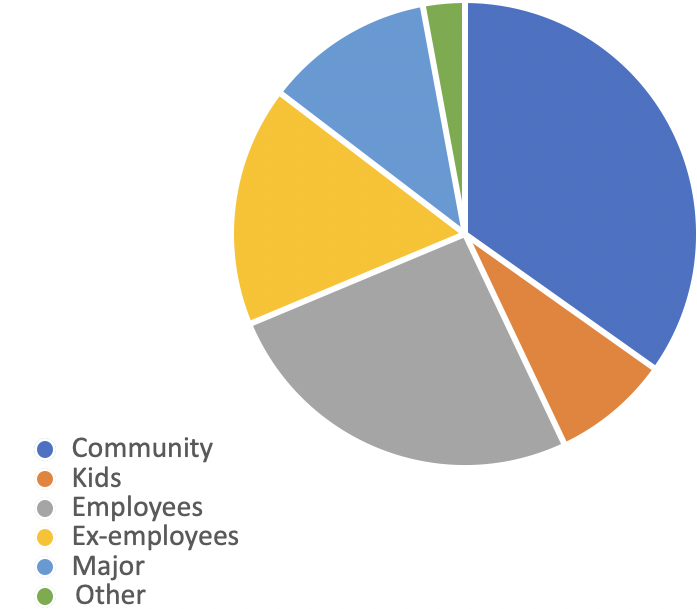 Proceeds from Fiore Cares, Inc. golf tournaments, clay shoots and other fundraising events as well as monetary and in-kind donations have supported numerous worthy and meaningful causes. Over the past several years, Fiore Cares, Inc has donated hundreds of thousands of dollars, and countless hours of support to employees, members of the Colorado construction community, and to children and families.

Many stories have been shared over the years about the significant difference Fiore & Cares Inc. has made in many lives.

One story told of a young family whose father had been struck with a chronic disease, had to leave his job as a foreman, underwent several surgeries, and feared the future of his health and life. A true fighter, this young father is with us today, sharing time with his family and continuing to work to improve his health.

A Fiore & Sons, Inc. employee was on vacation in Mexico with his wife when they were suddenly involved in a horrible auto accident. Unfortunately, his wife’s life was cut short and he was badly injured himself. Fiore Cares, Inc. assisted with his travel expenses to get him back home and also contributed to his medical expenses while he recovered. Today, he is an employee at Fiore & Sons, Inc., alongside his fellow employees, and is monumentally grateful for the support of Fiore Cares, Inc.

Fiore Cares, Inc. cradles many others in the community. A donation was made to the family of a sixteen-year-old after he was killed by a car while waiting to cross the street. Sadly, the driver suffered a diabetes-related emergency which caused the loss of control of the car.

Another donation was made to the family of a Fiore & Sons, Inc. vendor whose baby child struggled with cancer. By the grace of God, the baby recovered and is doing well today.

Stories of need exist everywhere. Several Fiore & Sons, Inc. employees noticed a man sitting in his car for several days under a highway overpass close to the office. No one knew his situation but only that he was experiencing a highly-challenging situation. Employees gathered water and snacks for him for which he was enormously grateful. This United States Veteran, a man on his way to the Veterans Administration office to collect his monthly benefit check, was out of money. And, his only resolve was to wait (under the overpass) a few days for his Social Security check to arrive. Fiore Cares, Inc. gave him $300 to fill his car with gas and secure a hotel room where he’d be safe.